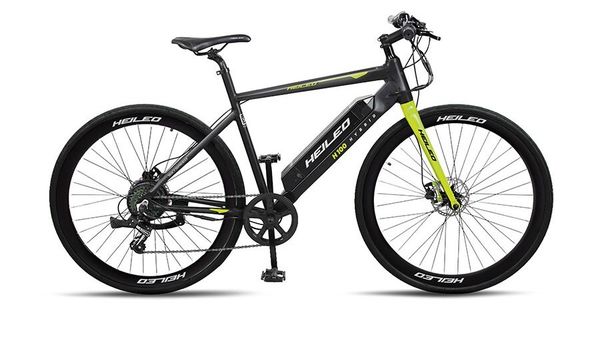 Electric mobility start-up Toutche launched its next-generation Heileo H100 electric bike in the country on Monday. The price of the bike starts at ??48,900. The Heileo H100 is a hybrid style electric bike with a 6061 aluminum alloy frame. It comes with a removable Li-ion battery and a 250W rear hub motor. The company claims that this model is Comes with two range options, one is 60 km and the other is 80 km range per charge based on the pedal assist mode of the bike. The model will have two color variations called Spring green and Feta white.

With 345 and 460 watt-hours of power, Toutche claims the H100 is a lightweight electric bike. The electric bike also has three modes of operation which also include running like a regular bike when the user wants it. In electric mode, a rider can push the performance of the bike further using the pedal assist or throttle function.

Toutche says the electric mode is powered by five levels of electric assistance and a right-hand throttle. He also adds that he has opened reservations for the new electric bike as well as his other models like Heileo M100, M200 and H200. The company offers an 18-month warranty on the battery, electric motor and controller of the bikes, as well as a two-year warranty on the frame.

The e-bike company also wants to add more than 75 dealers across the country by the end of this year and over 200 dealers by the end of 2022. Currently, the company is present in Pune, Mumbai, Kolkata, Chennai, Bangalore, Hyderabad. and Delhi.